Again, I wasn’t going to write a Sunday Sevens post (devised by Threads and bobbins) but I thought ‘what the heck!’ I may as well document my mundane life. 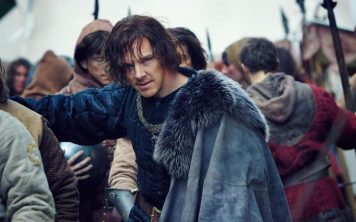 I have thoroughly enjoyed the recent, second series of the BBC’s adaptations of the Shakespeare history plays. (The Hollow Crown, The War of the Roses.) Culminating in the final film, Richard III. After watching Henry 6th part two with my hands over my face in horror at Benedict Cumberbatch’s sublime performance as Richard, Duke of Gloucester. I eagerly anticipated his performance in Richard III. It was engaging viewing! At first Richard nicely spun a plot to gain the crown but after being crowned king, his mind soon unraveled. He became paranoid and fearful. Quite rightly so, with the future Henry 7th waiting in the wings in France. The film climaxed with Richard’s death at Bosworth. 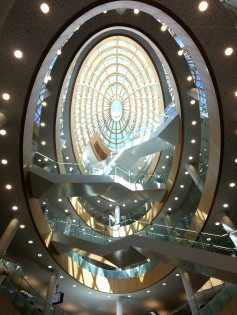 Mid week, I made a short visit to Liverpool’s Central Library. I came back with my haul of wild swimming books. I also came back with S J Watson’s second novel, Second Life. It wasn’t a particularly nice book to read. I kept thinking that the main protagonist was rather stupid! She kept saying she had too much to lose, her child and husband and yet she continued with a rather violent affair! It wasn’t my cup of tea. I only read it as I had quite enjoyed his first novel, Before I go to Sleep.

This week happened to be the fourth anniversary of David and I receiving the keys to our house! I was going to celebrate by baking a cake, but I decided it would be cheaper to buy one already made, so I bought a Victoria sponge!

Thursday poured with rain all day! It was a rather gloomy day. I was in the kitchen, making my lunch of curried red lentils when I noticed a male house sparrow on my feeders. I took a closer look and there was a baby sparrow alongside him. The baby looked quite independent, but kept begging for food off the adult. I got my camcorder out and filmed the below.

I’ll finish today’s roundup with a picture from the yarden, of an aquilegia. This plant has grown readily in the yarden for three summers now. Long may it continue to grow!

‘Take time to be thankful for everything that you have. You can always have more, but you could also have less.’ Mohd Uved