Thanks to Laura at Circle of Pine Trees for creating the challenge, The Year in Books.

The summer months for me always seem to be the hardest when it comes to reading. Even when we’ve had such a wonderful summer as 2018. This year, I’ve managed to sit in the yarden and sunbathe while delving into a novel or two, but my tally is still low compared to cooler months.

This quarter I have managed to read nine books. Much better than last years quarter but no where near my tally for April to June this year. Here’s what I read this quarter.

After what seemed like an age, I finally managed to get my hands on this Costa award winning novel and it didn’t take me long to love it! Eleanor is a young woman struggling to cope with a traumatic event from her childhood. She has been mentally and physically scared and her out look on life is shaped by her past. This book is not only about survival but about facing and dealing with daemons. It is funny and sad but ultimately it is about redemption.

What are your thoughts if you’ve read this novel? 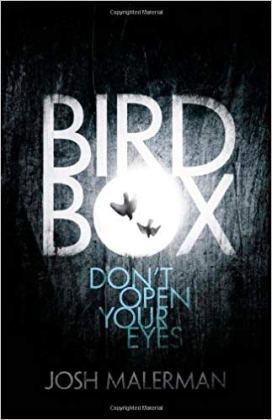 As a suspense novel, the narrative just didn’t grab me. Perhaps it had a lot to live up to after Eleanor Oliphant? Even so, despite the tension, this Stephen King-esque failed to hit the mark. There were some weird episodes but I couldn’t feel for the characters and was left feeling deflated at the end of the novel. It felt like a poorly written M Night Shyamalan script.

This was a novel suggested by my mum. The premise was of twin sisters, where one had died. A year on the surviving twin begins to believe she is the dead sister. Did they get the identity of the dead twin wrong? The narrator, Sarah is estranged from her husband and still mourning her daughter. Angus (the husband) inherits a house on a remote island on the west coast of Scotland and moves the family there. This isolation brings the psychological drama to a head. It was a quick read but I didn’t enjoy it as much as Tess Gerritsen’s Playing with Fire.

Surprisingly I enjoyed this political satire. George Orwell wrote his critique on the Russian Revolution but in theory it could be a reflection of any revolution. The animals of Manor Farm have had enough of being ruled by farmer, Mr Jones and stage their own revolution led by the intellectual pigs. However as time progresses, life under the new regime seems at odds with the origins of the revolution and to stop the dissenting farm stock the pigs unleash a brutal regime which cripples, maims and kills many of the cast. You can’t but be sympathetic to the likes of Boxer and Clover who are ground down by the machine that the pigs enact. The final act of betrayal is when the pigs are seen to walk on two hooves. This can be read that the pigs are just bad as the humans they hoped to replace. It is a piece of writing that makes you think!

Have you read this satire, what were your impressions?

Sarah Millican – How to be Champion

I am not a reader of autobiographies. I only downloaded this book as it was on offer for .99p. It took me a while to get into the narrative but I quite enjoyed it in the end. Sarah isn’t much older than myself and I noticed we did similar things and used the same items when we were both growing up in the 1980’s.

How to Be Champion Sarah Millican

I’m still slogging my way through this tome, and there are several more sequels in the series! Though a good premise, of a woman from the 1940’s travelling back in time to Jacobite Scotland, however I found the narrative boring. I don’t think I’ll be reading any more of the series. Perhaps the TV adaptation is better?

Have you read this book? What were your impressions?

I delved into the realm of wild swimming again. This time I quite enjoyed reading about the tales of the three brother’s expeditions, of swimming the entire length of the River Eden and the maelstroms around Norway and Scotland. The narrative is fractured by personal reveries and memories of growing up by the author, Jack Hudson, but I found it a nice book to read none the less.

If you’d like to read more of the Wild Swimming Brother’s adventures, then follow the link to their blog. 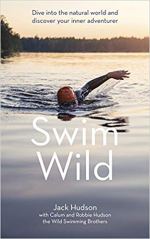 Me Before You 0 JoJo Moyes 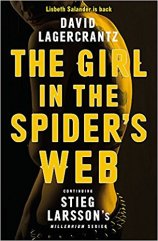 The Girl in the Spider’s Web David Lagercrantz

Me Before You – JoJo Moyes

I bought this book on the recommendation of comedienne Sarah Millican, from her autobiography (see above). I got into the first person narrative quickly enough and really enjoyed the banter between Louise and Will. Both characters are scared but in different ways. I liked how the writer sculptured their unlikely relationship and the ending had me shedding silent tears. I am a softy sometimes!

If you have read the book? Seen the film? What did you think?

The Girl in the Spider’s Web – David Lagercrantz

I thought I would give this sequel to the Millennium trilogy by Stieg Larsson a go. I really enjoyed The Girl with the Dragon Tattoo, the other sequels not so. So far it seems a slow burn. I’ll let you know how I go.