I really can’t believe that it’s almost time to say goodbye to 2019. This year was slow to start but when it began it simply snowballed! December is a month to reflect though I haven’t had much time for reflection.

Thanks to Sharon for her wildlife post, prompting me to write this blog.

Reminiscing on 2019 I had to admit there were many wildlife moments this year, none more so than the male and female sparrowhawks that seemed to have kept the pigeons away from our yarden this autumn. 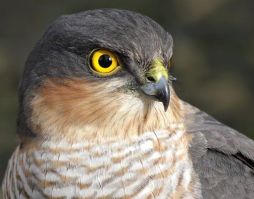 In September David and I booked a relaxing badger watch at RSPB Haweswater. We saw two badgers that evening, Gremlin and Porridge. It was a welcome treat from seeing squished badgers at roadsides. 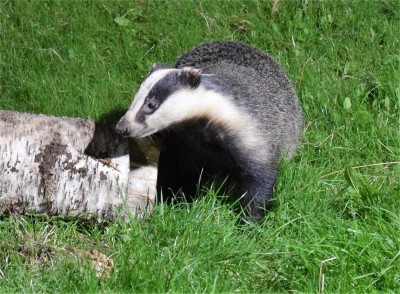 For 2019 I bought David and I joint membership to the RSPB, and have made full use of our membership by visiting local reserves, such as Leighton Moss and Burton Mere several times.

At Leighton Moss we fed hungry great and blue tits and spotted marsh harriers flying over the pools. In June we attended a Meet the Moths event. I got to meet a popular hawk moth and an elephant! 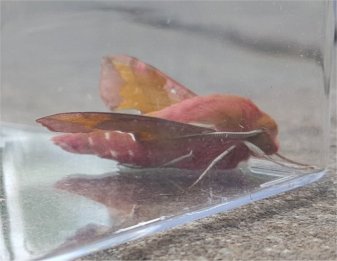 At Burton Mere we photographed little egrets, shoveler ducks and redshanks in the depths of winter and enjoyed a carpet of bluebells in April. 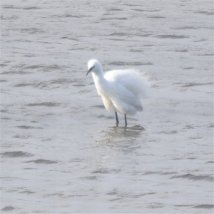 As part of our RSPB membership we also visited Conwy and South Stack reserves. At Conwy we managed to capture a rare sighting of a grey phalarope and at South Stack there were dozens of silver studded blue butterflies!

In May David and I took a day trip to Ingleton Falls. On our exploration of the falls and woodland we watched as a dipper fed her two fledglings, swimming underwater to get the freshest insects or fish. It was wonderful to watch. 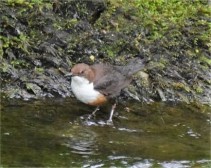 For The Wildlife Trusts’ 30 Days Wild, I purchased six painted lady caterpillars from Insect Lore, to witness the amazing spectacle of metamorphosis. I grew quite attached to my little hungry caterpillars and felt sad when they chrysalised. In two weeks I had six beautiful painted lady butterflies!

Also for 30 Days Wild I’d booked David and I on a bee experience at Samlesbury Hall. This taster session on honey bees and bee keeping made me wish I had space for a hive myself. Perhaps in the future? 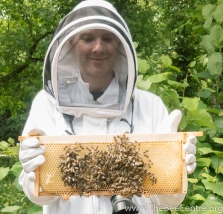 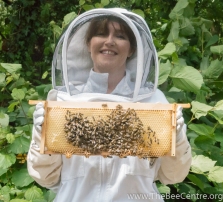 Other insect highlights were common hawkers and damselflies at Brockholes and a surprise encounter with a swallowtail moth in the yarden!

To round up a mixed 30 Days Wild I chanced upon jellyfish washed up on Formby Beach.

The summer months are always a busy time for wildlife spotting. Right outside our window we watched two gull nests and how their chicks fared. One lesser black-backed gull chick fell from its nest (high up on a chimney stack) and was heard exploring the street as he cried for his parent. Frightened the chick would be hit by a car David and I contacted a local bird rescue and found a rehabilitation home for the chick. David scooped the gull up, who we named Harald and we took him to his new home in Anfield.

In just over a week Harald was strong enough to fly and left his rehabilitation for new adventures. Good luck Harald!

For Wild October an Instagram initiative I spotted the odd fungi and also a sadly demised hedgehog. 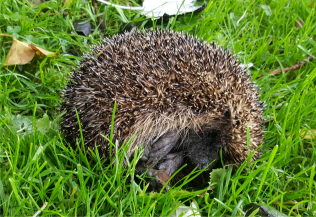 The floral highlights this year has to be searching for the bee orchid, which I found at Port Sunlight River Park. 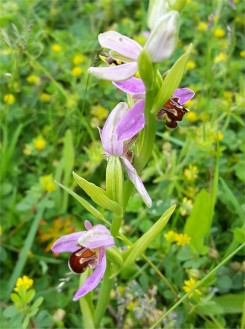 To complete this years round up of wildlife moments I have to include an american bird sighting, a female mockingbird which I spotted among the sparrows at The High Line, New York. 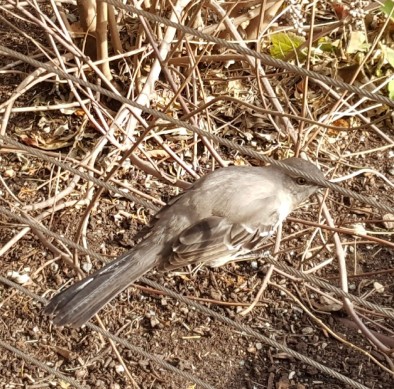 What have been your wildlife moments of 2019?

Leaf has gained his angel wings. The last of the blue faced parrot finches. He was a character. Had murder on his mind and separated from the aviary for most of his four years but he was very much loved. We will miss him 😢💔😞