Since the end of June I’ve been in a bit of a slump regarding this post. I’ve just had no inclination to write it. Do any of my fellow bloggers ever feel that way? Anyway, better late than never! My reading in April started well due to lockdown but slowed as the summer months progressed. I’m bogged down at present with Catherine Taylor’s Beyond the Moon, I just don’t care for the characters or narrative. Have you ever read a book that you struggled with?

When a newborn baby dies after a routine hospital procedure, there is no doubt about who will be held responsible: the nurse who had been banned from looking after him by his father.

What the nurse, her lawyer and the father of the child cannot know is how this death will irrevocably change all of their lives, in ways both expected and not.

Small Great Things is about prejudice and power; it is about that which divides and unites us.

Quite a hard book to get into at the beginning but once the story warmed up I grew to enjoy it. There were some parts regarding racism that were not easy to read but the court case was entertaining enough.

Liza McCullen will never escape her past. But the unspoilt beaches and tight-knit community of Silver Bay offer the freedom and safety she craves – if not for herself, then for her young daughter, Hannah.

Until Mike Dormer arrives as a guest in her aunt’s hotel, and the peace of Silver Bay is shattered. The mild-mannered Englishman with his too-smart clothes and disturbing eyes could destroy everything Liza has worked so hard to protect: not only the family business and the bay that harbours her beloved whales, but also her conviction that she will never love – never deserve to love – again.

This Jojo Moyes novel is definitely a book to read on a hot summers day. The characters were likable and I enjoyed the descriptions of dolphin and whale watching. With a heart warming ending, it made for a pleasant read.

Polly, Annie, Elizabeth, Catherine and Mary-Jane are famous for the same thing, though they never met. They came from Fleet Street, Knightsbridge, Wolverhampton, Sweden and Wales. They wrote ballads, ran coffee houses, lived on country estates, they breathed ink-dust from printing presses and escaped people-traffickers.

What they had in common was the year of their murders: 1888.

Their murderer was never identified, but the name created for him by the press has become far more famous than any of these five women.

Now, historian Hallie Rubenhold finally sets the record straight, and gives these women back their stories.

Ever since I was young I’ve always loved anything to do with the mystery that was Jack the Ripper. This book is trying to give voice to his victims. Some of the information gathered is vague but what a revelation regarding Annie Chapman, who was a well do woman who sadly became down and out and faced her end at the sharp edge of a knife. A very thought provoking book.

Swimming Wild in the Lake District

An informative and inspiring book for both new and experienced wild swimmers, exploring the larger lakes in the beautiful Lake District National Park. It contains sections on getting started in wild swimming, how to look after your own safety and impartial advice on all the essential kit you’ll need.

Illustrated with stunning photography, and featuring overview maps, the book has all the practical information you need to plan your wild swimming adventure.

Whether you’re an experienced wild swimmer or just dipping your toes in the water for the first time you’ll find plenty to inspire your next adventure.

This book came out at exactly the right time. During lockdown I’d been itching for a wild swim fix and this book helped relieve that itch somewhat. With detailed chapters on access to all of the big lakes in the Lake District, there were only two in the book that I hadn’t visited. The information from this book helped me plan my first swim of 2020 in Coniston Water.

After breaking up with the love of her life, Chloe’s friends tell her she needs to get back out there, and find another man before it’s too late. But after a particularly disastrous date and one too many gins, Chloe has a revelation – she doesn’t need a man to make her happy. It’s up to her to do it herself.

Never one to do things by halves, Chloe decides to make the ultimate commitment to self-love – she’ll marry herself! But planning a solo wedding isn’t easy, and soon Chloe finds herself on a bumpy journey of self-discovery. Will she finally get her happy ever after?

Oh dear, this isn’t my kind of book and I don’t know why I even downloaded it! Looking for something to read during lockdown, I saw an advertisement for the book and well, I’m glad I managed to get through it. There were just too many stereotypes for my liking.

Reader, I Married Me!

Suffering from severe neck and back injuries, Kerry was unemployed and housebound, struggling with depression and even thoughts of suicide. He went from cycling over 600 miles a month to becoming a prisoner in his own home.

With hope all but lost, Kerry’s wife encouraged him to go on a short walk to the local shop. In the face of unbearable pain and overwhelming panic, he persevered and along the way, met an adorable yard dog named Max. As the Spaniel peered up through the railings, Kerry found comfort and encouragement in his soulful brown eyes. This chance encounter marked a turning point in both their lives.

In Max, Kerry found comfort and motivation and in Kerry, Max found someone to care for him. This is their remarkable, inspiring story.

A lovely heart warming read about a dog rescuing a man. Max and Kerry, with Paddy and Harry in tow have a strong following on their Facebook page, Max out in the Lake District.

Present day: Anna is focused on renovating her late grandmother’s house. But when she discovers a box hidden in a wall cavity, containing water colours of exotic plants, an old diary and a handful of seeds, she finds herself thrust into a centuries-old mystery. One that will send her halfway across the world in search of the truth.

1886: Elizabeth Trebithick is determined to fulfill her father’s dying wish and continue his life’s work as an adventurer and plant-hunter. So when she embarks on a perilous journey to discover a rare and miraculous flower, she will discover that the ultimate betrayal can be found even across the seas…

Two women, separated by centuries. Can one mysterious flower bring them together?

I really enjoyed this book and will look out for more novels by Kayte Nunn. Both female protagonists were likable and the adventure to Chile was exciting. Nunn managed to weave an entertaining narrative with a sad and shocking end. 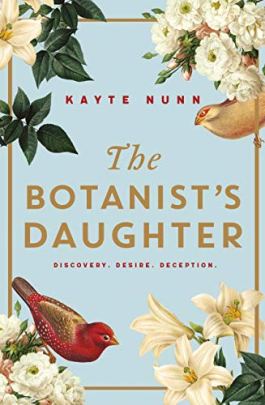 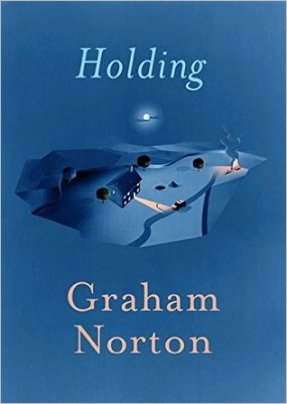 The remote Irish village of Duneen has known little drama; and yet its inhabitants are troubled. Sergeant PJ Collins hasn’t always been this overweight; mother of two Brid Riordan hasn’t always been an alcoholic; and elegant Evelyn Ross hasn’t always felt that her life was a total waste. So when human remains are discovered on an old farm, suspected to be that of Tommy Burke – a former love of both Brid and Evelyn – the village’s dark past begins to unravel.

I’m sorry but I didn’t like this sedate bumbling novel by Graham Norton. I found the narrative rather boring and didn’t care what happened to the characters.

First Line Fridays, a weekly feature hosted by Wandering Words, on judging a book by its opening lines rather than its cover or author.

After a few months of waiting, I’ve finally got my hands on a book I have been looking forward to reading.

Would you want to read on?

The line is from the Sunday Times bestseller Max, the Miracle Dog by Kerry Irving. If you are a follower of Max in the Lake District on Facebook you will know all about this joyous springer spaniel and now his two other brothers Paddy and Harry. I’ve not started reading the book yet, but I have high hopes!

What books are you reading at the moment?

Thanks for stopping by,