It’s Sunday again! Time for a quick Sunday Sevens (devised by Natalie at Threads and Bobbins.)

Earth Hour:
Last night I observed the annual Earth Hour by WWF. For the past seven years I have joined in this world wide movement by turning off my lights between 8.30pm and 9.30pm. Did you take part in the initiative? 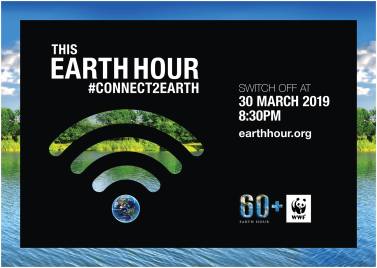 Book I’m reading:
I’ve picked up Winter by Ali Smith. Have you read this book? What were your thoughts?

Flowers:
Inspired by the lovely Sharon from Sunshine and Celandines, who shared pictures of wild flowers she had seen on a recent dog walk. I decided to do the same and take some snaps of the flowers I see on my walk to work. 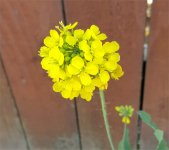 Family walks:
This Sunday’s family walk with Riley was a 2.5 mile walk around a spring resplendent Sefton Park. 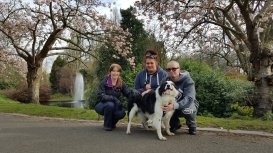 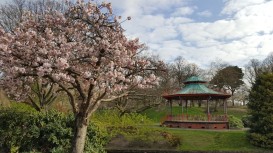 New Friends:
On Tuesday David surprised me with two more friends for the aviary. Helen a female owl finch and Rize a female Lady Gouldian finch. How beautiful are they?

That was my week, how was yours?
Thanks for reading,
Christine xx

I know it’s a bit late but I thought I would do a quick Sunday Sevens, devised by Natalie at Threads and bobbins.

This first week of 2018 has been all about the #walk1000miles challenge. David and I had a few extra days off work so we utilised it by going on two walks! 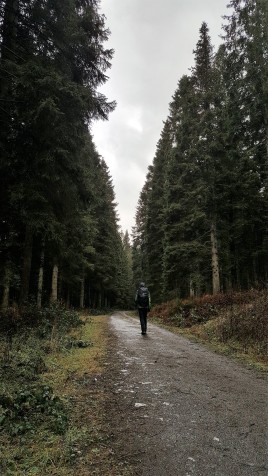 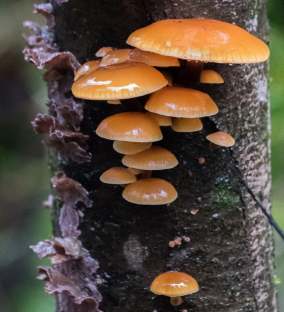 Fungus on tree by David Evans

My total miles for the week has been a very reasonable 34 miles. If you have signed up for the challenge, how are you doing?

A Year in Books:

I spent most evenings this week reading and finishing A Parliament of Rooks by Karen Perkins. Unfortunately I did not enjoy the book as I had hoped. It seemed that every new chapter, the characters were cracking open a bottle of alcohol and the end was rather disappointing. There didn’t seem a reason why the protagonists were being ‘haunted.’ It wasn’t a very satisfying ending if you ask me. Have you read this book? Perhaps you enjoyed it more than I did? 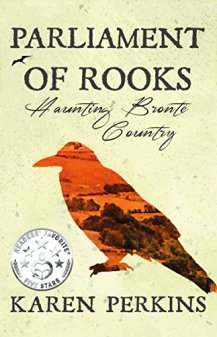 A Parliament of Rooks

We may be in the grip of winter but there are many signs of spring. The hellebore in the yarden has been blooming since mid December. I think the flower heads are so pretty!

Looking ahead to summer and The Wildlife Trust’s 30 Days Wild, I’ve recently purchased an illuminated mini beast centre to help in my exploration of the insect world this June. I’ve not tested it yet but the solar powered light looks bright enough to attract some moths. Hopefully!

While doing the weekly shop I could not help but buy this beautiful new dinner set from Asda. It was only £15! The design is of an enchanted woodland and indeed the pattern is imaginary! The martens have antlers and the foxes have crow wings!

Today has been a gorgeous, bright winters day here in the NW, so David and I took a leisurely 1.6 mile walk around Festival Gardens. 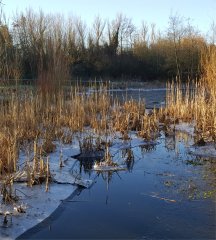 David in the woods

Just a quick round up of my week in a Sunday Sevens, devised by Natalie.

Plant ID: In my last Sunday Sevens, I asked if anyone could ID a plant for me. Thankfully I have managed to ID it myself and found that the plant in question is a red campion.

Book I’m reading: I have recently finished reading Anthony Doerr’s All the Light We Cannot See. Doerr’s book was epic in size but the chapters were manageable. I like short chapters. I read before bed and on the commute to work. I was amazed at how quickly I got through the book as my mum said she couldn’t get into it. The narrative is during the 2nd World War. Two character’s stories intertwine, that of a blind French girl, Marie-Laure and an intelligent German youth, Werner. They only briefly meet in the story but the plot follows them growing up before and during the war. It is a tale of people striving to live when the wold around them is disintegrating. I found it sadly, echoed today’s political environment. The writing is easy to read, however the matter of fact description of death (an everyday occurrence in wartime) is in places shocking. I enjoyed the book and would recommend it to anyone who is interested in historic fiction, though the end feels a little bit rushed.

All the Light We Cannot See 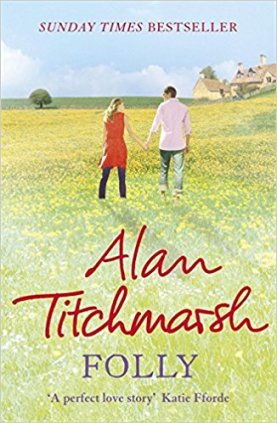 I have just begun Folly by Alan Titchmarsh, I have no assumptions about the novel, but hope the writing is better than his other book, The Haunting.

The Easter weekend: for me is all about the Classic FM Hall of Fame. Four days of none stop music, counting down from 300 to 1!In January I voted for my top three. It’s hard to pin down just three favourites. This year I chose:

Sadly the only one of my three choices that ascended the chart was Rachmaninov’s 2nd Symphony, which climbed nine places to number 29! His 2nd Piano Concerto stayed firmly at number two, the Lark Ascending by Vaughn Williams held it at bay! Unfortunately Mahler fell out of the top 50, only coming in at a lowly 66! You can view where your favourites came here.

Out and about: On the Easter Monday we listened to Mahler’s Adagietto on the car radio while we travelled to Formby Point. We spent a few hours walking the beach and giving Riley a good run. 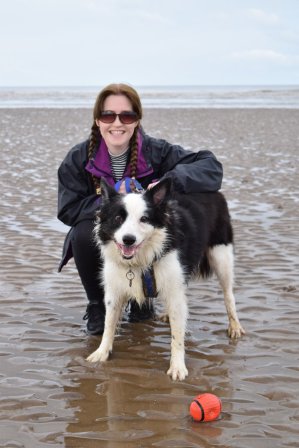 We were out walking again at the end of the week, as David and I took Riley for a walk around Liverpool’s Sefton Park on Saturday.

#walk1000miles: Though I have been working longer hours at work this week, I have managed to maintain my average mileage of 25 for the week. On my daily route to work I passed many clumps of bluebells turning the grassy verges blue. Amongst all the swaying heads were a mass of pink and white bluebells. I don’t know whether they are native plants or not. 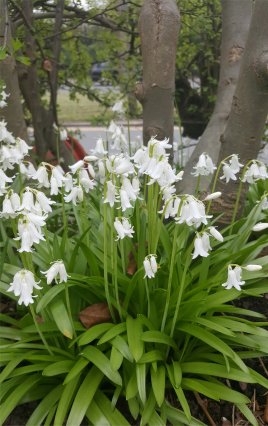 The Big Bluebell Watch:  The Woodland Trust have a new initiative, to survey all the bluebells across the nation. Click here to add your sightings to the map. I’ve added my lowly two bluebells. I think they could be native as they have white pollen but they could very well be crossed. Have you seen many bluebells where you live?

Bees: This weekend the NW of England has been blessed with some wonderful weather, if a bit cold. A familiar buzz sounded in the yarden. I spotted a male and female hairy-footed flower bee as well as a red mason bee. Have you seen many bees this spring?

Well, that was my week, how was yours?

Until the next Sunday Sevens!