So, here we are, into the third week of 2017 and I have already been filling up the diary like mad! There are birthdays and anniversaries and Bank Holidays, and then there are the days David and I have planned away.

It has been well over a year since we last took in a concert at the Philharmonic Hall. This year we have the opportunity to see The Royal Liverpool Philharmonic Orchestra in their recital of Mahler’s 5th Symphony. 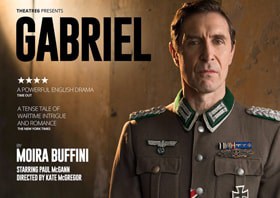 We shall also be visiting The Liverpool Playhouse to see Paul McGann in Gabriel, a powerful drama during the Nazi occupation of Guernsey.

I have an Afternoon Tea booked at Jam (courtesy of my friend Kelly) as a Valentines treat for David and I in February!

Thank you to Louise at Ramblings of a Roachling for suggesting the Circle of Pine Trees‘s initiative, The Year in Books. I thought I would participate this year even though I may not get to read many books. I aim to read 40, but we shall see! Reading seems to come in fits and starts for me. 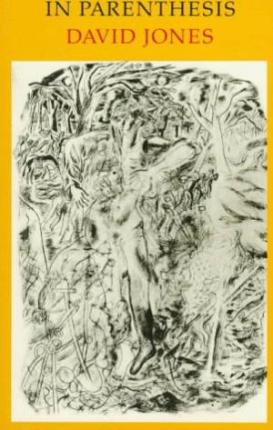 At present the first book I have read in 2017 is, Max Porter’s Grief is the Thing with Feathers. I am currently half way through David Jones’s In Parenthesis.

I may be crazy but I have signed up to the challenge to #walk1000miles, sponsored by Country Walking and Live for the Outdoors. I think 1000 miles is quite doable in a year. I am taking into account, the walking to and from work, the exercises I do at home and the numerous walks in the countryside. I hope all will aid the final total in December. For the past two weeks I have totaled 50 miles. Not bad for a city girl in administration!

Once again I look forward to participating in The Wildlife Trusts 30 Days Wild! I wonder what wild things I will get up to this year?! 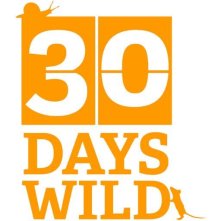 In keeping with the theme, Wild in Art have more animal trails to follow this summer, among them there is a sleuth of Sun Bears in Birmingham!

And finally, I booked tickets to see War Horse at the Liverpool Empire two years ago! This November we will finally get to see this emotional show! I hope it’s as good as the reviews!

So there you have it, a selection of all the things I am participating in and eagerly looking forward to this year. There will undoubtedly be many, many more!

Normal Service now resumes… after my foray into The Wildlife Trusts’ 30 Days Wild.

Though 30 Days Wild may have ended, nature still plays a big role in my daily life. From noticing the birds visiting the feeders, to the plants we have growing in the yarden, there is always something to record. This week my ‘bonus’ plant, the borage has flowered. I call it my ‘bonus’ plant as I did not sow the seeds this year, however their appearance has been most welcome.

I took another walk up the ‘jungle’ that is the alleyway between our houses. I noticed lots of thistles growing, and snapped one happy mason bee enjoying his lunch. 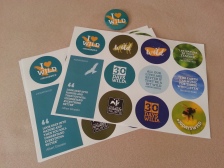 I’d just like to say a big ‘thank you’ to Louise who very kindly sent me a ‘I love wild’ badge from the Derbyshire Wildlife Trust, along with some stickers from the 30 Days Wild campaign that I never received due to not ordering a mail pack, (I will next year!) As an aside, there has been so much friendly camaraderie during this years 30 Days Wild, I have come across so many lovely people with insightful blogs. It’s been nice participating.

Let me tell you a story. A few weeks back I was having lunch when I heard a racket at the front door. Someone was trying to push something through the letterbox. I went to open the door and found a red jacketed Royal Mail postman trying to push a thin letter through the door. ‘Having trouble?’ I asked. He then informed me by brandishing his injured thumb, that Artie had sliced him as he delivered the post on a previous occasion. I had hoped it was just a one off event, but then last week, the same happened to another postman! Seeing a pattern develop I hurriedly found a cage protector for the letterbox. I could imagine being put on the Royal Mail’s list of houses to avoid! I do have such a naughty cat! 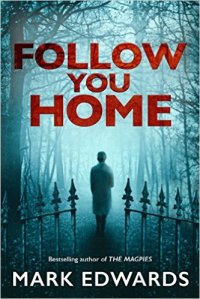 This week I finished the Mark Edward’s psychological thriller, Follow you Home. I had not read his work before. I only acquired the download due to an email from Amazon saying as I was been on their mailing list, I was entitled to a free download out of a possible three. Two looked like romance, chick-lit novels so I opted for the gritty thriller! Do you know, for a freebie it wasn’t half bad. The antagonist had superhuman strength for a 70 year old and the protagonist seemed a bit of a wimp, not to mention the stereotypical Hungarians, and feeble women, but I enjoyed it none the less.

David has been preoccupied with the house. We have an issue with damp. So Saturday, he took up one of the floorboards to see what was under the house. Lots of rubble was what we found! I shook my head thinking ‘bloody builders!’ David has hatched a plan on creating ventilation under the front door. I hope it solves the problem! 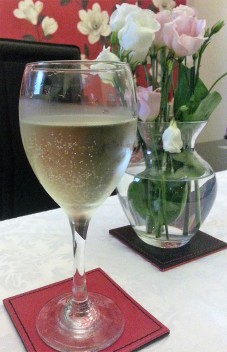 This time last week I was racked with aching limbs and a fever. I haven’t a clue what brought it on! Thankfully, I have recovered. I am more like my self again. I am writing this post with Classic FM playing. I have been enjoying David Mellor’s Light Music Masters show. I am feeling warm and cosy, have a full tummy and a nice glass of Soave to hand (I thought I would try something different)!

I hope you have a good week ahead,

Sunday Sevens was devised by Natalie at Threads and bobbins.