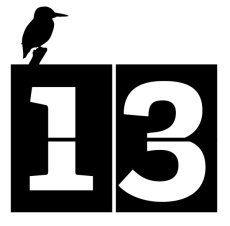 Day 13: I’ve been feeling down these past few days so a bit of a lazy post for today’s 30 Days Wild I’m afraid. Today’s blog is a poem from Philip Larkin, taken from the illustrated anthology, Birds, from The British Museum, edited by Mavis Pilbeam.

We have another patient in the form of a pigeon called Pete who has a sore wing. Fingers crossed he makes a full recovery. 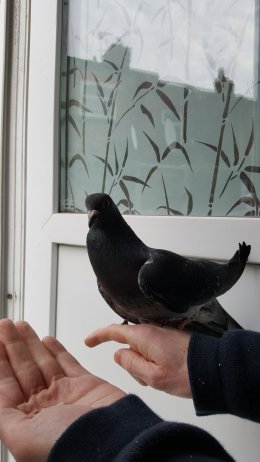 On shallow slates the pigeons shift together,
Backing against a thin rain from the west
Blown across each sunk head and settled feather,
Huddling round the warm stack suits them best,
Till winter daylight weakens and they grow
Hardly defined against the brickwork. Soon,
Light from a small intense lopsided moon
Shows them, black as their shadows, sleeping so.

What are your thoughts on pigeons?

Thanks for reading, and stay wild!

Thanks to Laura at Circle of Pine Trees for creating the challenge, The Year in Books.

I was surprised I managed to finish the same amount of books this quarter, as I did last year, all of 13 books. It will be the period between July to September that will be the real challenge. Where I prefer to be outside enjoying nature to being stuck within the pages of a book.

As April began I rushed to finish The Famished Road – Ben Okri.

This book began promising, but soon lost my interest. There is only so many times a spirit child can go wondering off and then witness psychedelic strangeness before one gets bored. There is a second novel which follows Azaro on his adventures but I won’t be picking this one up. Have you read The Famished Road? Did you read its sequel? 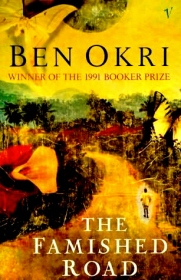 Seven Wonders of the Industrial World

I was inspired to turn to this collection after reading Mark Haddon’s anthology The Pier Falls. One of Haddon’s more memorable short stories was entitled Wodwo about the beginnings of a wild man but with a twist! I enjoyed Hughes’ short stories in this collection more than his poetry. I particularly liked the play, The Wound, set in the trenches of WW1, the narrative I found was very visual.

I reviewed this inspiring book in my Sunday Sevens #49.

This one was suggested by my mum. Playing with Fire is a psychological thriller. Julia is a musician who desires to find out why her daughter attacks her whilst a particular piece of music is playing. The trail leads her to Venice and the sad tale of Lorenzo, an Italian Jew living during the turbulent 1930’s. The novel is a quick read, with a twist and one I would recommend. Have you read this book? What were your thoughts? 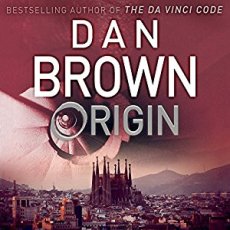 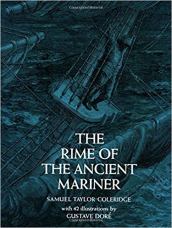 The Rime of the Ancient Mariner

It seems that Dan Brown’s Robert Langdon novels all seem to have the same plot. They are just set in a different country! If you cut out the tourism jargon, I think this book has to be the weakest of the series. Langdon, who is the main character, didn’t seem to have much influence moving the story forward. I liked the premise of Winston but think the whole plot was far fetched. If you’ve read this book, what were your impressions?

The Rime of the Ancient Mariner – Samuel Taylor Coleridge

I would love to see a re-imagining of this poem. I felt that the narrative was very modern, of zombie sailors, reminiscent of Pirates of the Caribbean. At a wedding party, a mariner tells his tale of a disastrous journey where he kills an albatross and of his subsequent guilt. The narrator describes the doldrums, seen as a punishment, where the crew of the ship die, but the narrator doesn’t. The crew then frighteningly become zombies. The narrator is eventually rescued but has to retell his tale to educate others of not to kill an albatross! I particularly enjoyed Orson Wells recital on YouTube.

Have you read this poem? What were your thoughts?

This book is written in the vein of A Parliament of Rooks by Karen Perkins. It could have been so much better if there was less description of every nook and cranny. I like description but too much of it clogs the narrative. I felt this was the case with The Women of Heachley Hall. The narrative was trying too hard to be Gothic and the ghost story was fantastical! It was more a love story than a ghost story. The book did keep me interested, I just wasn’t too enamored on the style of writing.

The Women of Heachley Hall 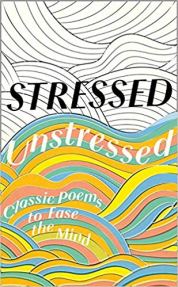 After taking the enjoyable Future Learn course, Literature and Mental Health a few years ago. I made a note to purchase this book, which is an accompaniment to the course. An anthology comprising of poems to aid in healing, grief and mindfulness. The book is very accessible and could be picked up if and when required. I don’t know whether it was because I read the book mostly at night, when I was tired, but I did find a lot of the poetry quite depressing. Possibly a book to keep going back to.

I didn’t particularly enjoy this book. I discovered whilst reading, that the chapters were really just blog posts stitched together for publication. Being from a blog, the chapters were succinct but lacked detail. There was so many grammatical errors, I wish the author had had the manuscript proof read before publication. I’d keep a wide berth from this book if I was you.

I don’t know if it’s me, or that my education is lacking but I find Ted Hughes’ poetry hard to fathom. I can pick out an undercurrent of threat and violence, a lot of hubris and humour but his poems on crow have been rather lost on me.

Do you like poetry? If so who is your favourite poet?

The Turn of the Screw

It was Sharon from the delightful blog Sunshine and Celandines that suggested this book. I thought I would read it for The Wildlife Trusts‘ 30 Days Wild. I enjoyed many of the poems inspired by paintings in the British Museum. Poems by John Clare and Edward Thomas were among the highlights for me.

The Turn of the Screw – Henry James

I re-read this book due to being inspired by soprano Charlotte Hoather’s post on her participation in the opera of the same name, at the Royal College of Music. Charlotte sang the role of Governess who is employed by an enigmatic uncle of two young orphans. Everything goes well until Miles, the eldest is expelled from school and returns home with a question mark over his character. Henry James is not a favourite author of mine. I find his style of writing rather long winded. In The Turn of the Screw, James’ writing is even more ambiguous as the Governess narrates her tale of a haunting by two debauched ghosts, trying to steal away her two charges, or is she narrating a tale of her own spiral into madness? It is never certain as to which scenario it is. Have you read this book? Did you think it was a ghost story?

This is the first book in the Lotte Meerman series. Lotte is quite a complex detective with a lot of background story which comes out slowly within the novel. The stories themselves are also quite complex with many different threads running parallel. I did find it a bit hard going to start off with, knowing which plot-line was which but it all comes together quite well.

Have you read any of these novels?

A Cold Death in Amsterdam 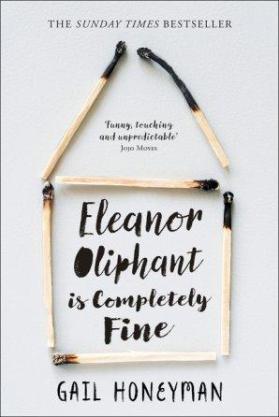 I ended the quarter by starting Eleanor Oliphant is Completely Fine – Gail Honeyman, which I am really enjoying at the moment.