Wow! It’s been such a long time since I updated you all with a Sunday Sevens, a series devised by Natalie at Threads and Bobbins.

With the start of a new year, I was excited to begin counting the miles to 1000 again! This week however my miles have been hobbled by my clumsy self, breaking (yet again) my little toe. I have had to restrict the amount of walking I’ve been doing until it heals. So as feared my miles gained this week have been a pitiful. 25 miles, bringing my new total to 190 miles.

The Girl you left Behind

Book I am Reading:

At present I am reading JoJo Moyes’s – The Girl You Left Behind.  It begins in an occupied town in France during the First World War and follows the fortune of Sophie whose husband has joined the French army. Edouard was a gifted painter and leaves Sophie behind with her portrait which herr Kommandant has fallen in love with. The second half of the novel sees Liv, who has Sophie’s portrait in her home and learns of the troubled history of the painting. I have just read Sophie’s chapters and now begin Liv’s. It’s an easy read but quite harrowing in parts. A much better novel than The Horse Dancer!

Have you read any good books lately?

Do you ever get excited about seeing something and then when you do, it is a total disappointment? Well that is what happened when we visited The Playhouse, Liverpool to see J. B. Priestley’s An Inspector Calls. I enjoyed reviewing the play during my 2017 A Year in Books, so was excited to see the stage performance. However this ‘visionary, radical, challenging version of JB Priestley’s classic thriller‘, directed by Stephen Daldry for National Theatre really missed the mark for me. Daldry’s production began with World War Two bomb sirens. The stage design was of a house that would ultimately be destroyed by German V2’s. The whole stage design sat uneasy with me and did not help the drama between the cast. The play is set during a dinner party in the Edwardian period, before World War One, however in this production most of the action was on a street outside a house. It never really jelled for me. The only saving grace was the atmospherics and soundtrack.

Have you seen this play, if so what did you think?

2020 has begun rather disappointingly in more ways than one! In January I discovered, to my sadness that I had somehow broken the lens on my Samsung S6 which I use predominantly as a camera. However I am blessed that we had the means to be able to purchase a replacement. I am now the proud owner of a Samsung S10 with wide lens and ultra slow motion. I’ve found the phone is more intelligent than I am!

David has just purchased a DJI Mavic Mini. For over a year we have been humming and ahhing about getting a drone to add more depth to my wild swim videos. This year David plucked up the courage and spent his pennies on this light weight drone. We’ve not tried it yet, what with Storm Ciara causing havoc, but I will report when we do.

Do you own a drone? Any tips? 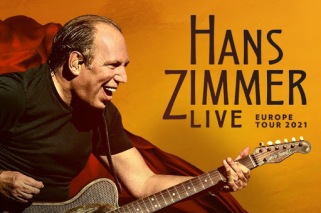 In 2017 I went to see Hans Zimmer Live in Liverpool, a year before that in Birmingham. Notice my surprise when he recently announced a European tour for 2021. With David and my brother Daniel we decided to purchase tickets to see the new show in March 2021 at Manchester Arena. I hope it’s as good as the original! 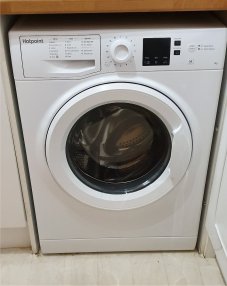 To round off a rather disappointing week, we had the delivery of our new washing machine today. Only to find that the electrical plug isn’t long enough to reach our power socket. So we are having to move the socket some place else. In a house as old as ours, nothing is straight forward. I may not be able to use my new washing machine but I can admire it!