I thought I’d scrape some pictures together and participate once again in this weeks Sunday Sevens devised by Natalie.

Baking: I ended last week’s Sunday Sevens with a picture of David’s endeavours. I’ll begin this week with another of his creations. It took five hours to make, baking in the oven for 1.5 hours but the result was a bouncy sponge with soft coffee buttercream and chocolate ganache to decorate. 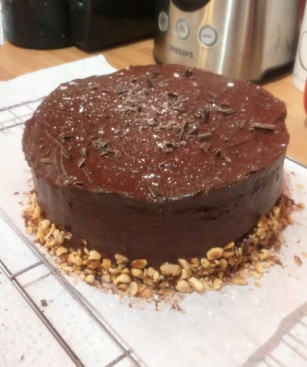 Reading: This week I finished Katherine Webb’s The English Girl. Susanna from Fred the Needle asked if I would review the book, so here’s some of my thoughts. Despite the story not being as strong as Webb’s first two books The Legacy and The Unseen, The English Girl was a far better story than The Night Falling. Webb used the Jebel War of 1958-59 as the backdrop to the novel. It is another of those weaving dual narratives. The two protagonists are Maude Vickary in the 1900’s and Joan Seabrook in the 1950’s. The main theme is adventure, of two women breaking the bonds of society and finding themselves (or losing themselves) to the desert wastes of Oman. I found Joan’s character rather wishy-washy and I wished she would stop faffing about and make a decision. I preferred reading the story of Maude and her adventures of trying to be the first woman/Westerner to cross the Empty Quarter. Her struggle across huge dunes and facing sheer exhaustion was well described. I had my hand to my mouth when she encountered a camel spider (look them up) and shocked at her betrayal, but I won’t spoil the end for you! All in all it wasn’t a bad read. It took me a whole year to read The Night Falling. I read The English Girl in a fraction of that time. If you enjoy Arabian adventures then this novel is for you!

Have you read it? Let me know what you think? 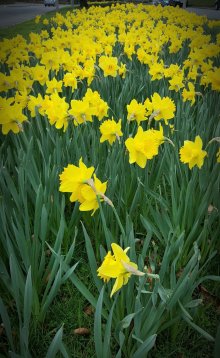 Walk 1000 miles: I’ve walked 21.4 miles this week, a touch better than last week. While on my daily walk to the bus stop to work, I noticed the central reservation was awash with the golden heads of daffodils. It certainly brought to mind the iconic William Wordsworth poem. ‘I Wandered Lonely as a Cloud.’

Wildlife: On Thursday my eyes spied a small green/brown bird flitting around the yarden. It was the size of a blue tit, but it wasn’t a blue tit. It was a chiffchaff. I only see these birds once a year. They must pass through the city on way to woodland for the summer. I reached for my camcorder but the camera wasn’t charged, so an old video I took in 2013 will just have to do!

Pets: This weekend has been a stressful one! On Saturday I witnessed our new parrot finch, Leaf attacking our other newbie, Gouldian finch, Set! Afterwards, David managed to pick Set up and noticed the damage Leaf had done. His feathers around his head and eyes had been plucked, leaving red skin exposed. Poor Set was scared so much he just sat in David’s hand. We noticed that Set still had his baby mouth. He must only be as young as six months old! 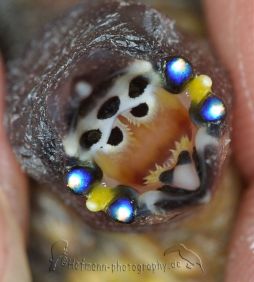 I have read that if there is an aggressor in an aviary, then the only course of action is to take the aggressor away. That was when our problem began. We managed to isolate Leaf and his other parrot friend, Forrest from the aviary, but the only other cage we had was the hospital cage which was where Set was recovering in. Our other cage, the one in which our aviary had begun five years ago was at David’s Mum’s housing their two budgies.

Kindly, David’s Mum and Dad said that we could have our cage back as they had one which could house their budgies until they got a bigger cage. I was so relieved, more so when back at home the two parrot finches explored the cage and were soon housed in it.

Set has recovered from his ordeal and though still looking a little worse for wear he has been reintegrated into the aviary with the more placid finches. Leaf and Forrest are flitting about their new home, they never keep still for long, hence needing a bigger cage to house them.

Who would have guessed such small birds would cause so much distress!

Cooking: For Saturday’s dinner I cooked a three bean quinoa chili. The recipe was very versatile and I substituted a few ingredients to what I had in the store-cupboard. I served it with oven baked tortillas and a crisp glass of white wine. It made for a healthy and filling meal. Definitely one to make again. 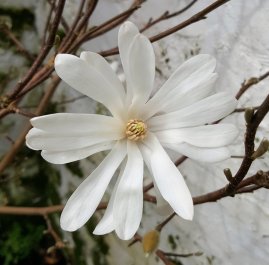 Gardening: This Sunday David and I spent some time in the yarden planting our Centurion onions. I snapped some pictures of Stellata magnolia and dwarf rhododendron flowers. The yarden is definitely awakening!

So that was my week. How have you spent yours?

Most of my Saturday’s start with a trip to the shops. There is only two of us and Artie (the cat), living in the house, but every weekend the shopping bill nears or exceeds £100!! 😮

Today’s shopping consisted of buying lots of fruit and vegetables and cat treats! 🙂 People say I spoil Artie, but with a face like this, how can I not?! 😀

Usually by noon we are home, the shopping is put away and I have attempted some kind of flower display with a new bouquet I have bought!

We occasionally have lunch in the living room. David lets the finches come out of their aviary to stretch their wings and fly around the room. Today, Chocolate and Romeo the Society Finches sat on the sofa with me!

Chocolate and Romeo the Society Finches

After lunch, it is all about cleaning the house. It can take up to two hours! If I am alone, it can take more! David helps by vaccuming while I do the dusting, dining room and bathroom.

If it is sunny outside then I forego doing the floors until Sunday and go out into the garden and enjoy the flowers, birds and insects.

Today though, it was cold and cloudy so after doing the chores I listened to Classic FM and noticed a House Sparrow visiting the feeders.

After 5pm I turn my attention to the kitchen. I listen to Saturday Night at the Movies while making a start on the evenings meal. Tonight’s meal was my version of a Mexican Bean and Vegetable Soup with home-made Wholemeal mini loaves. I got the recipe from the Change for Life website/recipe app, though I adapted it. 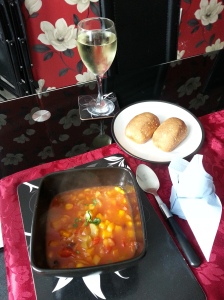 For the wholemeal mini loaves I followed the recipe I use for easy white bread. I just changed the strong white flour for Allinson Wholemeal Seed & Grain Bread Flour. It’s delicious, I don’t think I will ever go back to baking with just white flour again!

Saturday evenings tend to be a mixture of wine and music while David often plays on GTA5 with his brother and cousin. At the moment I am reminiscing about playing Final Fantasy VII in the 90’s. The story was engaging, had a baddie that you love to hate (Sephiroth) and the music written by Nobuo Uematsu was out of this world too! You can listen to Final Symphony on Spotify, though I actually bought the mp3 from Amazon!

I shall sign off now and enjoy the last remaining light of day.

I have been rather depressed this week with one thing and another. It has left me feeling rather headachey and stressed out about money. Work at the University finished on Friday, nice for a three week break but I don’t know whether I have any hours after that. I really need to find another job to cover me for over the summer, otherwise the trip to Scotland, Aberdeen’s Wild Dolphins and The Kelipes, with a quick visit to Edinburgh will not go ahead and I will be bereft. 😦

This weekend has all been about keeping the Black Dog at bay. If you feel down, ‘do something that you are good at’ I say, ‘something you enjoy.’ So on Saturday after shopping, cleaning the house, and exercising for 30 minutes I cooked David and I a meal of honey glazed mustard trout, (called Jack) with salad, vegetables and new potatoes.

For the glaze I mixed two tablespoons of lemon juice with two teaspoons of mustard and a tablespoon of honey. Then I smeared it over two fillets of Trout. Cooked it in a 180 degrees oven for 15 minutes. Boiled the potatoes and made the salad.

I ordained the table with napkins in the shape of peacocks, (well what I tried to look like peacocks anyway), had a nice glass of wine and poured David a cool glass of Pepsi.

I even dressed up! I bought the dress from Jane Norman years ago and had it taken up, (as I am short) but thought it was taken up too much. I found that it fitted me well. I felt very glamorous and sexy!

Sunday and it was the birthday of my favourite actor 🙂 David went to help his brother with his house and I relaxed home alone. I had a nice soak in the bath, with Classic FM playing and a glass of wine in hand. Afterwards I made a loaf of bread. My finest yet! Then chopped up many vegetables and made Blind Scouse! It was very filling!

Re: Gardening. I was distressed to see a black ‘plague’ on my newly bought poppy. All the heads were eaten from it! Flowers are very expensive, especially if they die within weeks of purchase! But I am happy to see the Magnolia tree I bought has started to bloom. I just hope the weather changes for the better and we get some nice warm weather, and a bit of sun. So the flowers and myself can feel more ‘alive’ again!

Day 24 of #30dayswild It was another day sick in bed, so here's a picture of a lace web spider( or I think it is) from a few days ago seen on the office wall #thewildlifetrusts